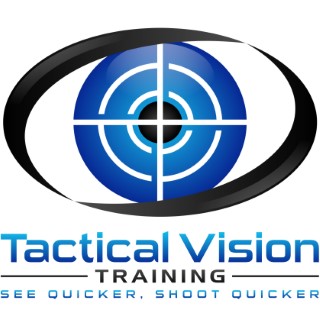 SECRET #1: How to FINALLY shoot with both eyes open and hit your target with your very next shot! (Most instructors and 60-80% of shooters get this wrong)

SECRET #2:​How to minimize "blindness" when shifting focus from target to target and from your target to the front sight. (You DID know you're blind for more than 3 hours of your waking day, didn't you? :) < I'll prove it to you with a 5 second drill.

SECRET #3:​You'll experience, in real time, the quick brain hack to get your sights to AUTOMATICALLY come into alignment between your dominant eye and the target.

And Much, MUCH More!

(Quick note...If you use a VPN or TOR, the times may look a little strange.  They're based on where your internet connection says you are rather than where you actually are.  If you have any problems, just contact Rebekah at Support@DryFireTrainingCards.com)

Mike Ox ("Ox" ) from Dry Fire Training Cards is often referred to as "the mad scientist of tactical firearms training" - highly sought out by military, law enforcement, and responsibly-armed Americans for his innovative, cutting-edge brain-based firearms training advancements.  Ox is a master level shooter with a subcompact (BUG) gun and is a NRA, Rangemaster pistol instructor and a Reality Based Training Association and UTM Level 2 Mil/LE force-on-force instructor. He is certified as a Force Science Institute Analyst for human performance factors in lethal force encounters and holds numerous performance neurology and psychology certifications.  He is the creator of Dry Fire Training Cards, 21 Day Alpha Shooter, and several other courses.

What Others Are Saying About Ox's Training...

"Ox's shooting systems better prepare military and LE personnel to 'go outside the wire' and then come home in one piece, both physically and mentally."
~ "Horse", Australian SAS

"This is fantastic! I've worked with several of the top trainers in the country, but I just couldn't get faster without my accuracy dropping off. I feel like a kid in a candy store...this is exactly what I needed!"
~ Don

"You are the Aston Martin of the shooting world, largely in a race with a bunch of Fords. All adequate but you outclass them as to the value of your information.”
~Mac

"At my shooting club we have five plate racks (6 plates each) set up, all in a long row. One of my friends at the club challenged me to clear all 30 while walking down the line at 10 yards, so that's moving and shooting sideways. I cleared all 30 in one mag (no misses) with my PCC and cleared all 30 in just over 2 15-rnd mags with my regular pistol (a few misses). I would have thought that to be impossible for me not that long ago."
~Shayne

Select a date and time for your webinar

Registration is no longer available for this webinar